Malvern College Pre-School Hong Kong is pleased to announced the appointment of Jacqueline Anne McNalty as the Founding Principal. 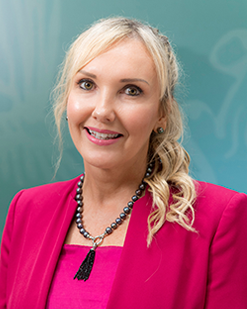 Jacqueline McNalty has over twenty four years’ experience in a variety of educational settings. She joins Malvern College Pre-School Hong Kong after seven years in Singapore where she has been leading in the Early Years in International Schools. Jacqueline has previously been on the Pre-Operational team, helping to set up a $250 million dollar international school in Singapore.

Jacqueline has enjoyed key leadership roles in international settings, including Australia, the United Kingdom, China and Singapore, where she worked in roles of Director, Assistant Principal, Acting Head and Head of Early Years.

Jacqueline has published articles in Early Childhood journals and has played a key role in Early Childhood network groups around the world. She is inspired by the Reggio Emilia philosophy and is passionate about working in partnership with parents in educating their children. Jacqueline is an Early Years and Curriculum Workshop leader and continues to lead curriculum workshops at international schools around the Asia-Pacific region.

Her Certificate in International School Leadership from the Principal Training Center (PTC) and a Certificate from the Australian Council of Educational Leadership (ACEL) are testament to her interest and capacities in school leadership. Jacqueline is joined in Hong Kong, together with her husband Bruce, a high school Science Educator and their two sons, Declan Leo (6 years) and Hunter James (4 years).